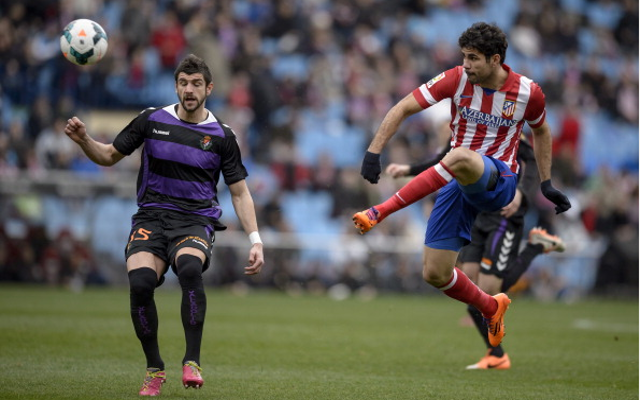 Tottenham will look to beat Chelsea in pursuit of Atletico Madrid goal machine Diego Costa according to the Daily Mail.

White Hart Lane chairman Daniel Levy and Technical Director Franco Baldini are keen to strengthen the club’s attack and will need to fork out £40m to tempt the Vicente Calderon side to sell their prized asset.

The North London club invested close to £60m in Erik Lamela and Roberto Soldado but both players have proven spectacular failures in their first season in England, with the duo managing just one Premier League goal from open play.

Costa has been in marvelous form at Atletico Madrid this term, netting 21 La Liga goals, but the Brazilian born forward may feel he has gone as far as he can at the club though a move to Tottenham could only be a possibility if a Champions League berth is secured.

Either way one imagines boss Tim Sherwood will look to find buyers for both Soldado and Lamela though Tottenham will have to take quite a hit in order to offload the pair.

Fortunately for Sherwood he has seen Emmanuel Adebayor hit a rich run of form in recent months.