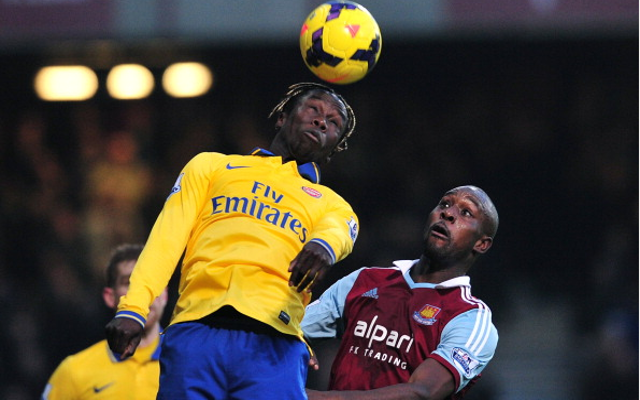 Arsenal right-back Bacary Sagna is threatening to leave the Emirates Stadium unless he is handed a massive pay-rise and a long term contract according to the Daily Star.

The 31 year old is out of contract in the summer and the offer on the table would see the French international retain his current £60k a week deal but the experienced defender is looking for a better offer before he puts pen to paper.

Sagna wants a four year deal worth £100k a week plus a £6m signing on fee, a deal that would go against club policy of only handing on year rolling contracts to players over 30 years of age.

Man City, Man United and Chelsea are all said to be interested in the Arsenal star, who moved to the North London club back in 2007.

Sagna is apparently happy to see out his career at Arsenal but will only do so if his demands are met.

If Arsene Wenger is unable to meet those demands he may well look to bring in a replacement or opt to trust youngster Carl Jenkinson to fill the void.