Form table has some surprising statistics.

The current Premier League form table has some strange incidents this time around that sees West Ham United sat in third.

The Hammers have put together a healthy run of results recently and look to fortify their Premier League status for another season at least.

In their past five games they have conceded just one goal, and starting with a goalless draw with Chelsea they have since seen off challenges from Swansea, Aston Villa, Norwich and Southampton in the following fixtures.

However, things haven’t looked so good for Everton, whose strong form of the start of the season has deserted them. Having lost three of their previous six games the Toffees now find themselves sat in 15th. 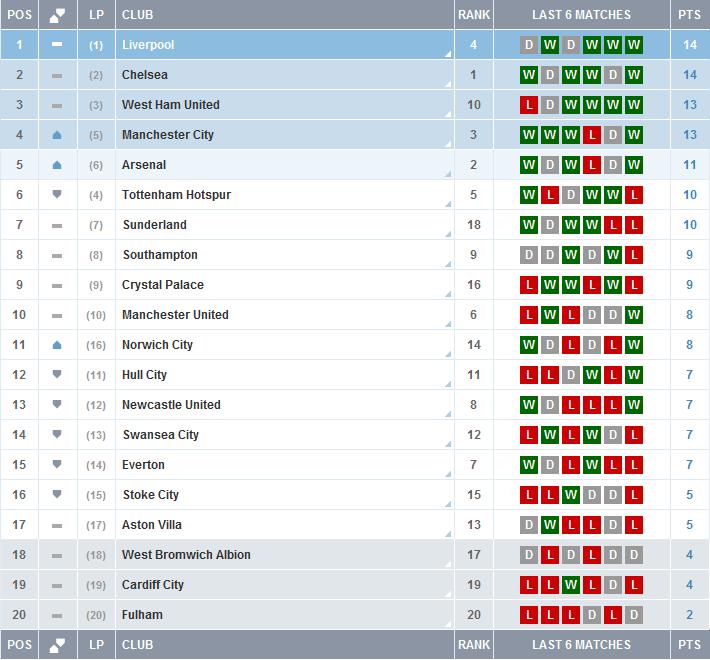