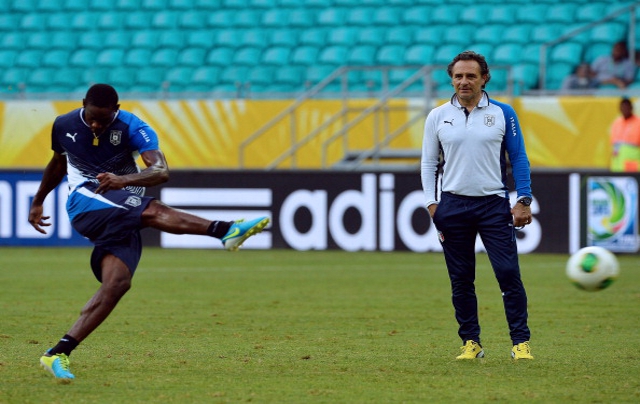 Italian may even remain in his current role.

Italy national team head coach Cesare Prandelli has ruled out the possibility of taking over at Premier League side Tottenham Hotspur next season, according to reports in the Daily Express.

The Azzurri boss has been heavily linked with the role at White Hart Lane in the past few weeks, despite the north London club having recently appointed Tim Sherwood on an 18-month contract to succeed previous coach Andre Villas-Boas.

However, following the north Londoners’ shock 1-0 loss at struggling Norwich City in the Premier League at Carrow Road on Sunday afternoon which left the visitors now six points behind fourth-placed Liverpool in the race for the Uefa Champions League next season, the pressure is now firmly on Sherwood’s shoulders.

But either way, Prandelli says that he will not be moving to White Hart Lane next season, with the 56-year-old even pondering the possibility of extending his stay as boss of Italy.

“Me to Tottenham next season? This is fantasy football,” Prandelli told Italian TV station Rai.

“Now it’s too soon to talk about my future but after the friendly with Spain on 5 March, we will have a meeting with (Italian Football Federation president Giancarlo) Abete and other federation members.”