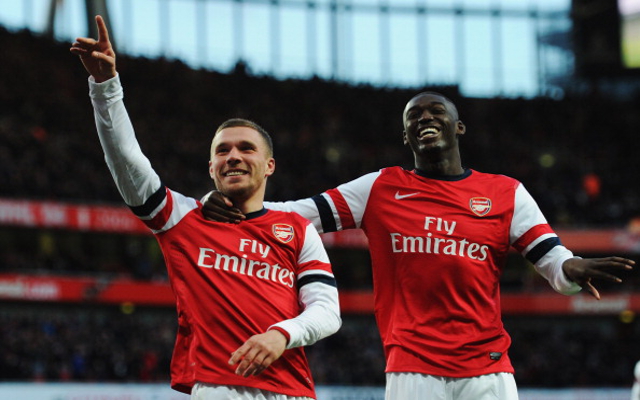 Emirates Stadium star could be set for Bundesliga return.

Arsenal striker Lukas Podolski has revealed that he’d be interested in a possible move back to his former club Koln according to the Daily Express.

The 28 year old has spent two spells at Koln and represented the German club from the age of ten until he moved to Bayern Munich in 2006, only to return to his first club back three years later.

Podolski was unable to prevent Koln from suffering relegation from the Bundesliga in his last season at the club, despite scoring 18 goals in 29 appearances during the campaign, and is visiting his old stamping ground during midweek break.

On the subject of a potential return to the RheinEnergieStadion side Podolski stated;

“You can never rule anything out in football.”

“The FC [Koln] is always my club and always will be.”

Koln sit six points clear at the top of the German second tier and a return to the club will clearly be greatly aided by a spot back in the Bundesliga.

Podolski has struggled with injuries this term but has still spent a fair bit of time on the bench when fully fit, starting just four Premier League fixtures this season.

In his debut season Podolski scored 16 goals and provided 11 assists in all competitions but has proven far less pivotal this term.