While Gareth Barry ticks over play and dictates tempo, McCarthy is charged with winning back possession from the opposition. Despite his tackles, the Irishman can pass the ball as well, and suits Roberto Martinez’s style perfectly. 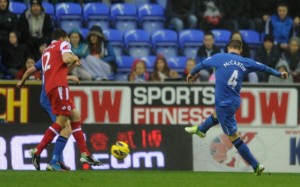