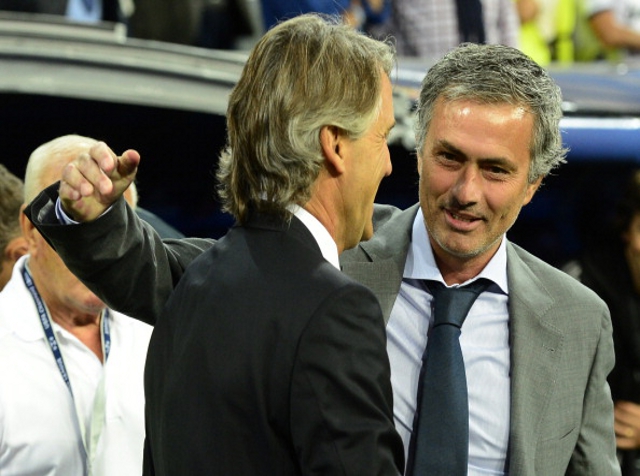 Blues and Gala clash in Europe on Wednesday.

Chelsea head coach Jose Mourinho has reopened his long-running war of words with Galatasaray boss Roberto Mancini ahead of the two teams’ meeting in the Uefa Champions League on Wednesday night, according to reports in the Daily Mail.

The self-styled Special One had taken great offence to the Italian’s suggestion the day before that he had built the majority of Inter Milan’s Uefa Champions League winning side of 2010, who Mourinho had coached to victory over Bayern Munich in the final at the Santiago Bernabeu.

“Mourinho won the Champions League because he took a good team,” Mancini had said. “He took a team that, like Manchester City, I had built; a team with a very strong  mentality. When I went to Inter, they played very bad football and we changed this.”

“From 11 players, he didn’t work with six of them. So he made a five-a-side team because I played with only five players from his team.”