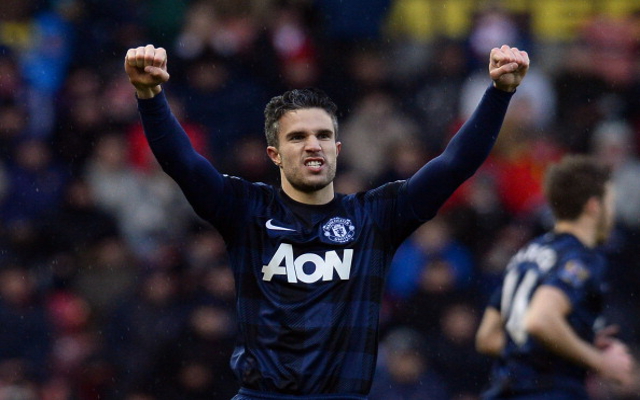 Dutchman is unhappy with how the team is set up.

Manchester United front man Robin van Persie has heavily criticised Red Devils head coach David Moyes’s tactics in the aftermath of the club’s shock 2-0 loss to Olympiakos in the Uefa Champions League on Tuesday night, according to reports in the Independent.

The experienced Netherlands international failed to hit the target as the Premier League champions were turned over in the first leg of round-of-32 tie in the Greek capital.

And after the shock loss, the Dutchman claimed that his manager’s tactics were not getting the best out of the team.

“My fellow players are sometimes occupying the spaces I want to play in,” he told the Dutch broadcaster NOS.

“And unfortunately, they are often playing in my zones. I think that’s a shame. And when I see that, it makes it difficult for me to come to those spaces as well. So that forces me to adjust my runs, based on the position of my fellow players.”

The 30-year-old has endured a frustrating campaign so far for United, with a combination of a loss of form and injury combining to restrict the forward’s effectiveness in front of goal, with RVP netting just 11 times in the Premier League.