United are completely shocking as they fall to Champions League defeat…

Here’s how we’ve rated the United side, after they lost 2-0 to Olympiakos in the Champions League Last 16 yesterday evening…

Wasn’t at fault for the deflected opener, and there was little he could do about Joel Campbell’s excellent curling second, either. The keeper’s actually one of United’s consistently better players at the moment, which says a lot.

The Englishman had an awful evening in Greece. He rarely ventured forward, but was defensively susceptible at the back, too. To make matters worse, his passing was diabolical, and he slipped over embarrassingly regularly. 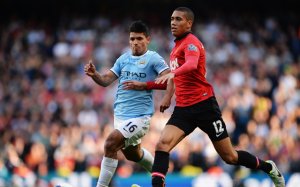 Click through the pages to see the rest of the ratings!