Look away, David Moyes. It has been a disastrous start to 2014 at Old Trafford.

For anyone who isn’t a Manchester United fan, step this way to point and laugh!

Manchester United continue to break records under David Moyes – but none of them positive.

The Red Devils have already lost six games in 2014, with last night’s limp defeat to Olympiakos a resigned disappointment rather than the shock it would have appeared last season.

Given that they have only played twelve matches, that is not a record becoming of the Barclays Premier League champions.

Here’s a great graphic showing their disastrous start to the calendar year. 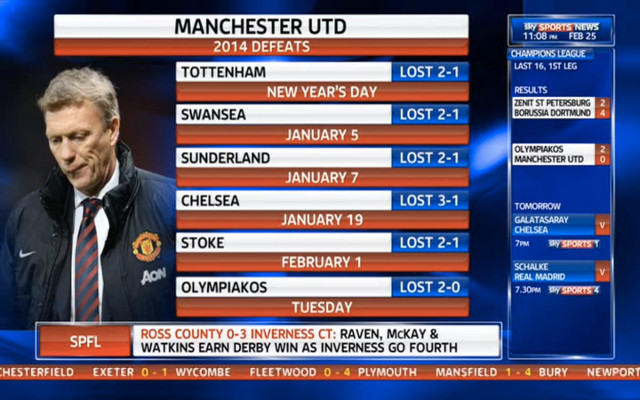