If the Premier League ended today, here’s the eleven players we reckon would get selected for the Team of the Year.

How do you think we’ve done…?

The Polish stopper has silenced any lingering doubts over his long-term suitability in the Arsenal goal, with a series of consistent performances between the sticks. He’s made a number of impressive saves, which has helped his side concede barely any goals at the Emirates. 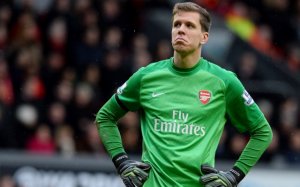