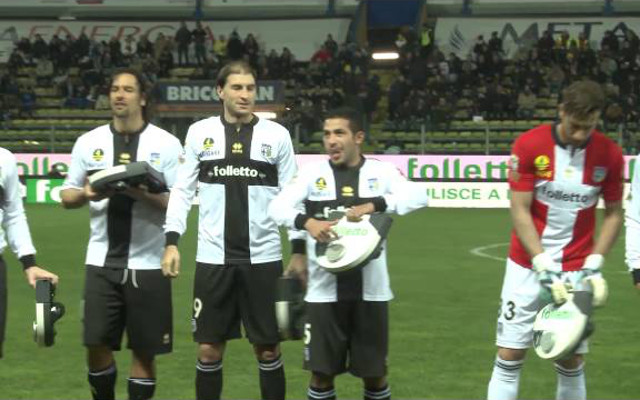 Serie A side Parma are sponsored by household appliance company Vorwerk.

In one of the more desperate publicity stunts of recent years, the club’s players handed out some of the firm’s Folletto Robot VR100 vacuum cleaners to Fiorentina players during the teams’ pre-match handshake.

Apparently it was all in honour of Parma’s centenary celebrations, for vacuum cleaners have naturally been a huge part of the side’s illustrious history.

Watch the video below of the bizarre pre-match handshake and gift exchange below.

*may not strictly be true.