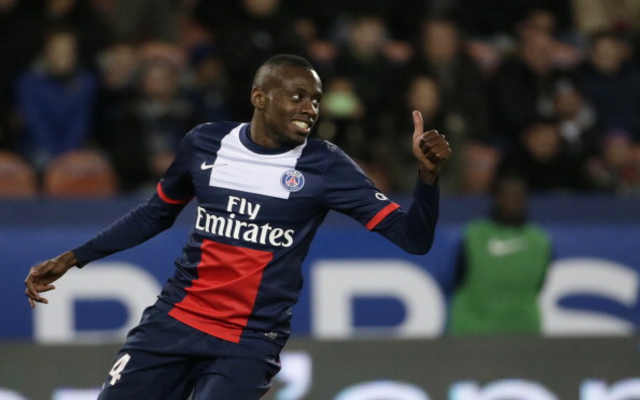 French water carrier signs on until 2018 with the Parisians.

Both Manchester City and Chelsea have suffered a huge blow after it emerged that highly rated young Paris Saint-Germain holding midfielder Blaise Matuidi has finally agreed to put pen to paper on a new contract with the mega-rich Ligue 1 champions, according to reports in the Daily Mirror.

The in-demand France international’s future at the Parc des Princes has been in doubt for some time, especially with the player’s contract set to expire at the end of this season.

However, the reason that the Frenchman was unable to discuss extending his stay in the French capital was due to an ongoing legal dispute between his former agent Jean-Pierre Bernes and his new representative Mino Raiola over who owned the rights to represent him.

And until that despite was settled, which it has just been, Matuidi has been unable to negotiate a contract extension with the big-spending Parisian giants, until now that is.

But with the defensive midfielder having finally agreed a new deal until 2018, both City and Chelsea must now start looking elsewhere for players in his position.

“The unlimited ambition of the club has no equal in Europe.”