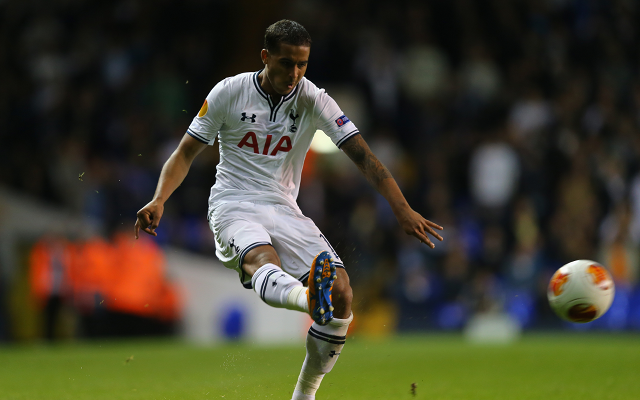 Versatile full back wants to play in his more favoured right-back role.

Tottenham Hotspur full-back Kyle Naughton has admitted that he may have to leave the north London club at the end of the season in search of more regular first-team football, according to reports in the Daily Mirror.

The former England Under-21 international has been at White Hart Lane now for the past five years now, with Naughton first arriving in north London from Championship outfit Sheffield United in July 2009 along with fellow defender Kyle Walker in a combined deal worth £9m.

However, while the right back has gone on to flourish in the capital, Naughton has found it far harder to win a regular starting berth, with the 25-year-old now revealing: “I am 25 and there is a stage that you reach when you think, ‘Well, am I going to be No 1?’

“I am not going to lie – I am a right-back. That is the position I want to play in, but it has been difficult with Kyle Walker doing so well.”