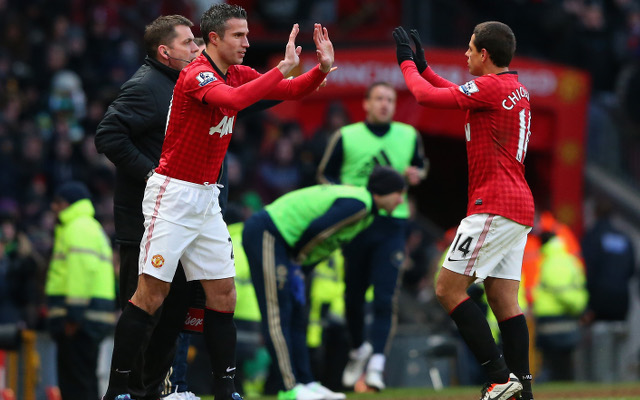 Mexican stresses the importance of his teammates on Instagram…

The Mexican posted the above image on Instagram, accompanied by the caption: ‘Without your teammates you can’t be somebody in football, always be thankful…’

Van Persie has been far from thankful recently and criticised his teammates after United’s 2-0 Champions League defeat to Olympiacos in Athens, saying: “Our fellow players are sometimes occupying the spaces I want to play in.

“And when I see that, it makes it difficult for me to come to those spaces as well. So that forces me to adjust my runs, based on the position of my fellow players. And, unfortunately, they are often playing in my zones. I think that’s a shame.”

Hernandez has struggled to displace Van Persie in the United first team since the Dutchman arrived in summer 2012.

So is this a jealous attack or a simply an innocent remark?