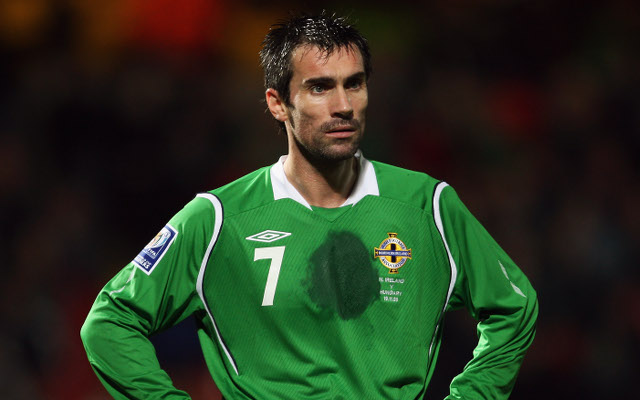 Keith Gillespie is in hot water after failing to appear in court.

A judge has issued a warrant for the arrest of former Manchester United and Newcastle United winger Keith Gillespie after the 39-year-old failed to show up in court, reports The Belfast Telegraph.

The retired Northern Ireland star was due to appear at Newtonards’ Magistrates court charged with breaching a non-molestation order on January 21 but failed to appear.

A police officer told the court he believes he could connect Gillespie to the offence.

Gillespie started his career at Old Trafford but failed to make an impact. He made his name at Newcastle, where he scored 11 Premier League goals in over 100 appearances for the club.

He made 89 appearances for Northern Ireland, and also played for Blackburn Rovers and Leicester City.