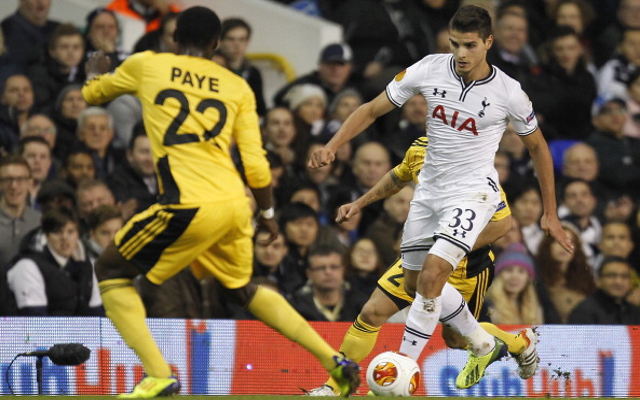 Balo has only been at San Siro for the past 12 months.

Tottenham Hotspur are lining up an audacious end-of-season swap deal involving their out-of-favour front man Erik Lamela and AC Milan striker Mario Balotelli, according to reports in the Daily Mirror.

The north London club splashed out a club-record £30m in order to lure the highly rated Argentina international from Serie A outfit AS Roma last summer.

However, it is safe to say that the 21-year-old has not settled into his new surroundings as yet, with Lamela, who is currently on the sidelines with a back injury, having spent the vast majority of this season warming the substitutes’ bench.

In fact, Lamela has so far managed to register just one goal and four assists in total for his new team in his 17 matches in all competitions, including an equally disappointing one assist and no goals whatsoever in his nine Premier League matches to date.

And as a result, it is now understood that Spurs director of football Franco Baldini has been back to his homeland in an attempt to negotiate a swap deal this summer involving the Argentinian attacker and Milan forward Balotelli, who himself only left Manchester City to join the Rossoneri a year ago.