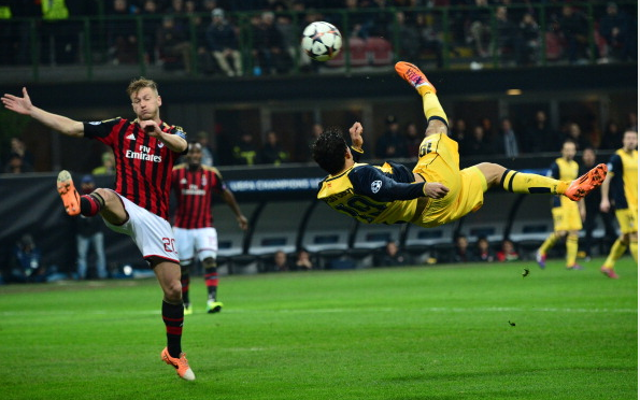 Stamford Bridge side look to bring in Atletico Madrid ace.

Stamford Bridge boss Jose Mourinho is looking to bring in a prolific forward to lead his attack and is ready to fork out the €38m (£31m) it would take to land the 25 year old, who has been called up by Spain for their upcoming friendly with Italy.

Costa has been in fine form this term, scoring 21 La Liga goals and forming an excellent partnership with experienced striker David Villa, who is enjoying a new lease of life since moving from Barcelona to the Vicente Calderon.

Mourinho has seen his current crop of strikers struggle for form, netting just 11 of the club’s 49 Premier League goals and Chelsea may indeed look to offload both Fernando Torres and Demba Ba, with Samuel Eto’o’s one year deal with the club expiring in the summer.

Atletico Madrid boss Diego Simeone would be loathed to lose Costa but may well have no choice in the matter if Chelsea fork out the required fee to trigger the Brazilian born ace’s release clause though a lot could depend on whether the former Rayo Valladolid man felt he could achieve his ambitions at his current La Liga club.