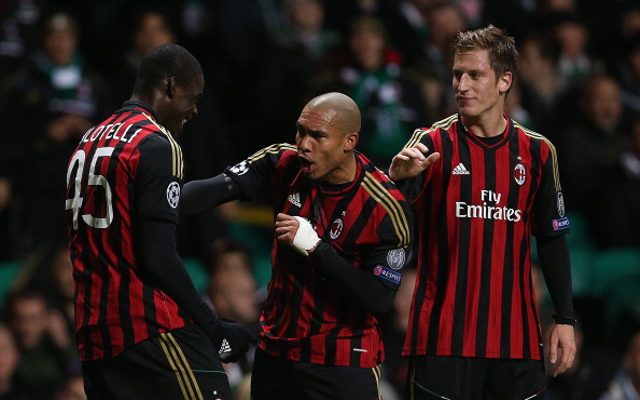 Dutchman has a contract at San Siro until 2015.

Premier League giants Liverpool have suffered a blow with the news that experienced AC Milan holding midfielder Nigel de Jong wants to remain at San Siro next season rather than join the Reds, according to reports in the Daily Star.

The tough-tackling Netherlands international has been with the Rossoneri now since August 2012, when he signed for the Serie A outfit from Premier League side Manchester City in a deal worth an initial £3.5m.

However, in the intervening 18 months at the Italian team, De Jong has already proved himself to be a key member of the Milan starting XI, so much so that the player recently even claimed that: “I want to try and stay at Milan for another four or five years.”

And that news will come as a big blow to Liverpool head coach Brendan Rodgers, with the Northern Irishman having been tracking the Dutchman for some time now.

In fact, the Merseysiders even tried to lure the 29-year-old to the Premier League in the recent January transfer window following a knee ligament injury picked up by Brazil defensive midfielder Lucas Leiva, only for the move to never materialise.