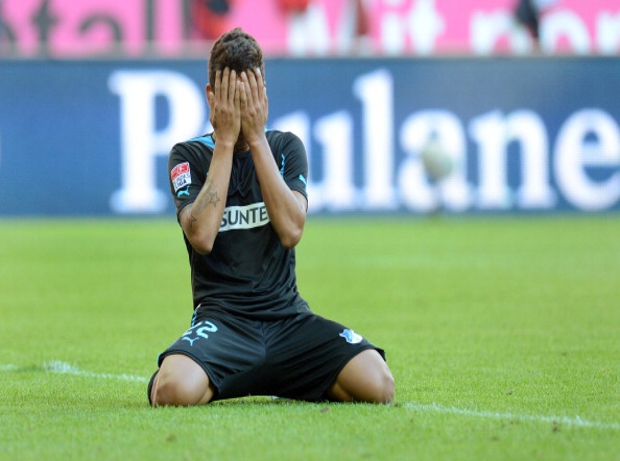 Starlet has a recorded a remarkable 11 goals and nine assists in just 21 league games this season.

Premier League giants Liverpool are understood to have made young Hoffenheim midfielder Roberto Firmino one of their main transfer targets come the end of the season, according to reports in the Daily Mirror.

The Brazilian player is currently enjoying an impressive campaign for the lowly Bundesliga outfit in the centre of the park, so much so that the Reds’ head coach Brendan Rodgers is believed to have sent scouts over to Germany on a number of occasions in recent weeks to run their eye over the player.

Any by all accounts the reports coming back about the 22-year-old have been hugely positive, with Firmino having reportedly been likened to the Merseysiders’ own Brazilian attacking midfielder Philippe Coutinho.

And now it is said that the Northern Irishman will step up his attempts to lure Firmino to Anfield next season by lodging a bid for the player with his Germany employers this summer.

Firmino has a contract with Hoffenheim that currently runs until June 30 2015, with his club expected to be seeking a transfer fee somewhere in the region of £12m for the midfielder who has managed to register an impressive 17 goals and 13 assists in his 25 matches this season.