The they entered him in a beauty contest. Good luck, James!

West Ham United defender James Collins has somewhat of a reputation as a prankster at the club, and is often the usual suspect when it  comes to some dressing room antics.

However, seemingly fed up with his shenanigans, several of his teammates got together for a little payback by mocking up tis stunning picture of him as a woman.

Not only that, they then entered him into the Miss Wales 2014. 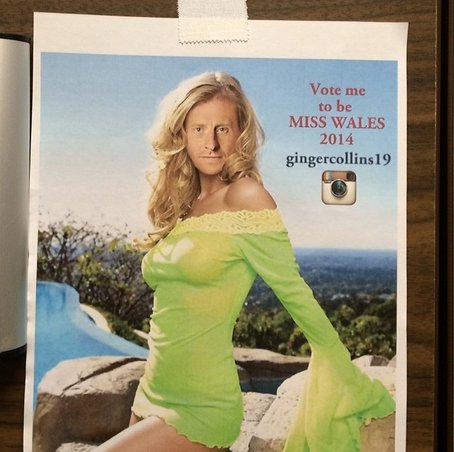