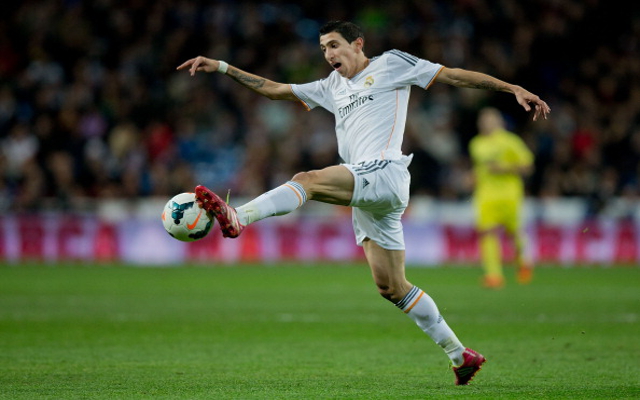 Big guns battle it out for Madrid star.

Manchester United and Paris Saint Germain are said to be the two clubs heading the race to land Real Madrid midfielder Angel Di Maria this summer, according to Football Direct News.

The Argentine international has been one of the victims of Gareth Bale’s arrival at the club and has been unsettled at the Bernabeu, with rumours suggesting that he could be on his way out of the club at the end of the season.

Both Arsenal and Tottenham Hotspur have been credited with an interest in his services, as have a number of top sides from across Europe, but it now appears that the bulk of the interest is coming from PSG and Manchester United.

United are said to be very keen on bringing him on board as they look to strengthen their wide areas with both Ashley Young and Antonio Valencia failing to impress and subsequently heading for the exit doors themselves.

PSG are also looking to bring him in to replace some want away stars of their own, with Jeremy Menez and Ezequiel Lavezzi said to be earmarked to move on after the World Cup as well.