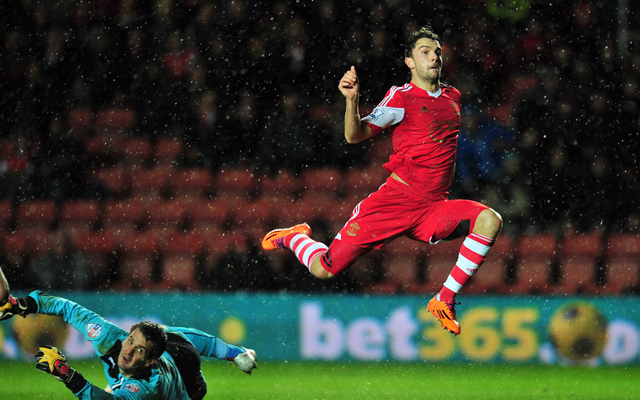 Tottenham Hotspur are said to be weighing up a move for Southampton striker Jay Rodriguez after they identified him as the ideal man to bolster their attacking line, according to Football Direct News.

The England striker, who was named in Roy Hodgson’s 30-man squad to face Denmark next week, has been in hot form this season, bagging himself 12 goals in 33 appearances for the south coast club already.

And he has earned himself a number of plaudits for his all-round performances since joining the club from Burnley for £7m at the beginning of the previous campaign.

The 24-year-old has one England cap to his name already, having featured in the defeat to Chile in November, and he will be looking to double that tally against the Danes.

Spurs are light of striking options at the moment after allowing Jermain Defoe to join MLS side Toronto FC this month. Meanwhile, the club’s £26m record signing Roberto Soldado has not yet get going in the English top flight and is already being earmarked to make a return to Spain at the end of the season.