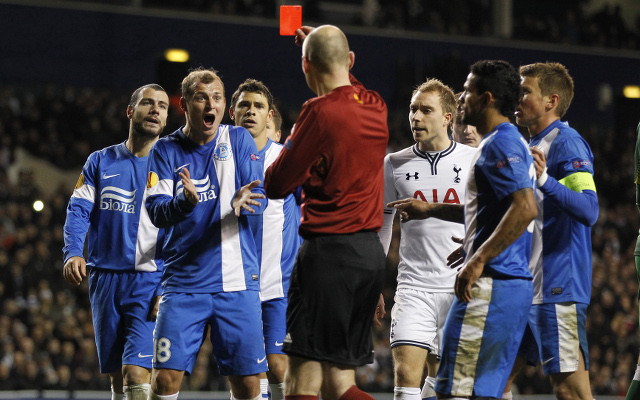 Tottenham reached the last-16 of the Europa League after beating Dnipro 3-1 at White Hart Lane.

Trailing 1-0 from the first leg in Ukraine, Spurs went behind when Roman Zozulya headed in from close range but Christian Eriksen equalised.

Shortly after, Zozulya was sent off for this headbutt on Jan Vertonghen. The furious defender had to be restrained as he left the field and Spurs took advantage through a quick-fire double from Emmanuel Adebayor.

The Dnipro player certainly did seem to move his head towards Vertonghen’s face but there’s little doubt the Belgian overreacted.