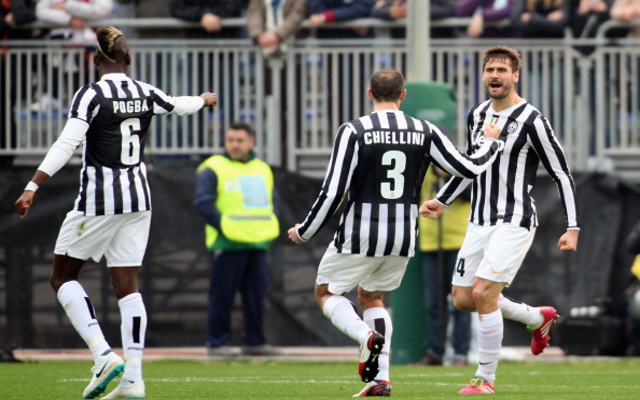 Check in to Liverpool vs Sunderland
Arsenal are set to rekindle their interest in Fernando Llorente this summer.

The Spaniard was linked with a move to North London before joining Juventus on a free transfer from Athletic Bilbao in the summer but CaughtOffside understands the Gunners have continued to monitor Llorente and are planning a bid ahead of the summer transfer window.

After initially struggling to adjust to Antonio Conte’s intense training regime in Turin, Llorente has impressed for the Scudetto holders, bagging 12 goals in 24 appearances and forming an effective little-and-large partnership with fellow summer signing Carlos Tevez.

However, Juventus are thought to believe selling the 29-year-old this summer would represent great business and the club have a readymade replacement already on their books in the form of Pablo Daniel Osvaldo, who joined on loan from Southampton in January.

Arsenal boss Arsene Wenger insisted he was happy with his strikers in January and the Frenchman has introduced 21-year-old Yaya Sanogo to the first team in recent weeks.

But with Nicklas Bendtner certain to depart at the end of the season, Wenger has senior club officials he will sign a striker this summer and Llorente tops his wish-list.

The powerful forward is unlikely to make Spain’s World Cup squad so Arsenal are keen to tie up an agreement before the tournament in Brazil gets underway.