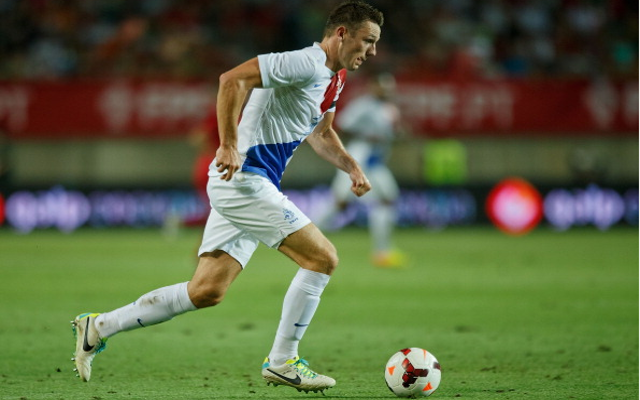 CaughtOffside understands that the Old Trafford side have sent scouts to keep tabs on the Dutch international, with a summer bid for the 22 year old in the offing.

Moyes is likely to lose both Vidic and 35 year old defender Rio Ferdinand, with both defenders set to see their current contracts expire in the summer and this gives the Scot the opportunity to freshen up his back-line and apparently sees de Vrij as a player who can help fill the void.

Despite having only recently turned 22 years of age Stefan de Vrij is into his fifth season in the Feyenoord first team set-up and has almost 150 first team appearances to his name and is already a regular in Louis van Gaal’s national team set-up and is likely to feature in his 2014 World Cup finals squad.

The youngster is an uncompromising tough tackler with great potential and a player who would certainly be tempted by a move to the Premier League.

Moyes is set to conduct a major summer shake-up and is looking to bring in a number of young talents as he sets about putting his stamp on the squad he inherited from Sir Alex Ferguson.

The level of quality Moyes will be able to attract this summer may well depend greatly on whether Man United can secure a Champions League berth for next term, an achievement that currently looks unlikely with the club sitting in sixth spot some 11 points off a top four finish.