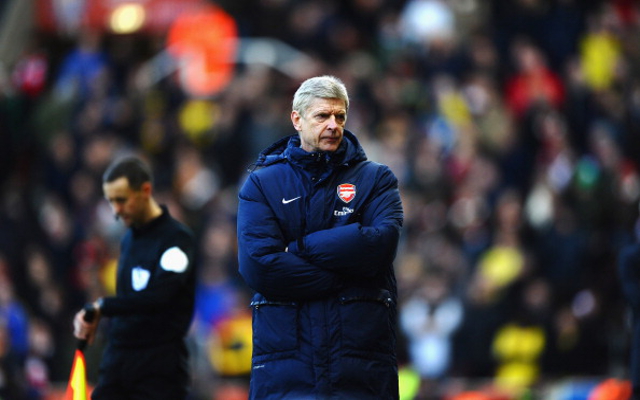 Arsenal boss Arsene Wenger is in for a busy summer if reports in Spanish source Sport.es are to be believed.

Wenger is apparently ready to fork out €50m in his pursuit of up to three new additions this summer with Real Madrid striker Alvaro Morata looking likely to be the first capture the North London will secure once the transfer window re-opens.

The Emirates Stadium side slumped to defeat at Stoke City yesterday and moved down to third spot, with fourth placed Man City being just two points behind the Gunners, with two games in hand.

And with Arsenal having a mountain to climb in Bavaria after losing their home leg to Bayern Munich 2-0 it’s looking increasingly likely that the only trophy Wenger will win this term could be the FA Cup, which would at least bring an end to a lengthy silverware drought.

There is certainly scope for additions to be brought in to better equip Arsenal to mount genuine assaults on major tournaments and a move for 21 year old Spanish forward Morata is a wise one to consider.

Such a move would not only offer Olivier Giroud able support up front but would also adhere to Wenger’s youthful transfer policy.

Arsenal may also be in the market for a new right-back if Wenger fails to convince Bacary Sagna to sign a new deal when his current contract expires at the end of the season.