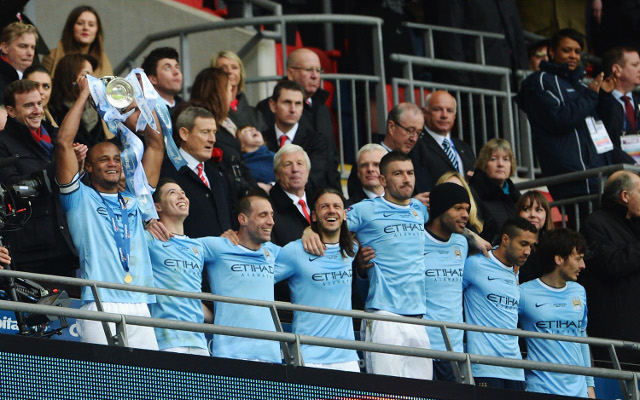 Aguero, Kompany and Kolarov have taken to Twitter to show their joy.

Manchester City won the first major trophy of the English domestic season after beating Sunderland 3-1 in the Capital One Cup final.

The Citizens had to come from behind the finally win, with goals from Yaya Toure, Samir Nasri and Jesus Navas securing victory.

It clearly means a lot to the City players, with Sergio Aguero, Aleksandar Kolarov and captain Vincent Kompany taking to Twitter to celebrate.