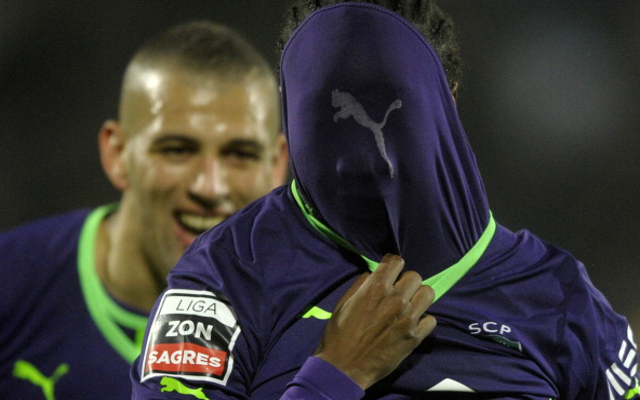 Man United have identified Sporting Lisbon youngster Carlos Mane as a top summer transfer target according to the Daily Mail.

Perhaps unsurprisingly the 19 year old Portuguese winger has been likened to a certain Cristiano Ronaldo, who of course also represented Sporting Lisbon, and his Primeira Liga employers want at least £20m from David Moyes for the wide-man’s services.

The Lisbon teenager has impressed this term, scoring four goals in 12 appearances, and has helped his Sporting side to mount a genuine title challenge though his side may well opt to cash in on the Portuguese Under 19 international having similarly accepted the sales of Ricky van Wolfswinkel, Tiago Ilori, Bruma and a number of other talents last summer.

David Moyes could well do with fresh wide-attacking options with the likes of Nani and Ashley Young failing to impress and with the Scot seemingly not all that keen on using England man Wilfried Zaha, who has been sent to Cardiff City on loan.

The Man United manager is reportedly set to be handed a mammoth £200m transfer kitty though the chances of securing established stars would be problematic if the Premier League club don’t have Champions League football to offer, hence the need to consider moves for less well known talents.