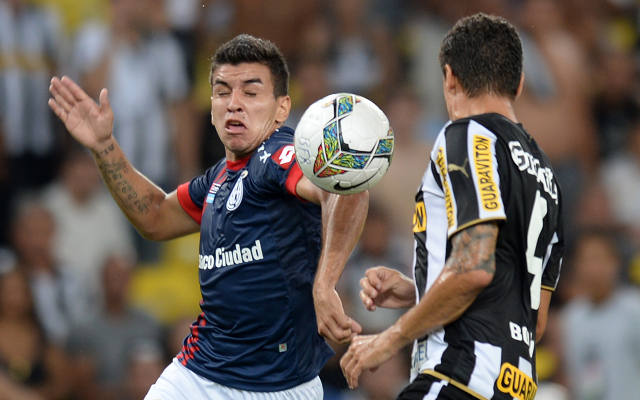 The much-talked about attacking starlet is currently valued at £10m by his club in Argentina.

Mega-rich Premier League outfit Manchester City are interested in signing young San Lorenzo front man Angel Correa at the end of the season, according to exclusive reports in the Daily Star on Sunday.

The big-spending north west outfit have reportedly been keeping close tabs on the 18-year-old for some time, although the Blues are understood not to be the only European heavyweight running their eye over Correa at the moment.

In fact, it is understood that La Liga champions FC Barcelona, Atletico de Madrid and Arsenal have all also recently sent scouts over to Argentina to watch the attacking prodigy in action first hand.

Correra has already developed a huge reputation back in his homeland, where the striker has been likened to current City forward Sergio Aguero.

And with City having themselves sent their own scouts over to South America to watch Correa play for his club side against Argentinian giants River Plate, the Premier League team are now expected to make their own move for a player who has a contract with San Lorenzo that currently now only runs until June 30 2015.