How the Citizens stars rated on a great day for the club at Wembley.

Manchester City won their third major trophy of the Sheikh Mansour era after beating Sunderland 3-1 in the Capital One Cup final at Wembley.

The Citizens went 0-1 down in the first half courtesy of a Fabio Borini strike, but rallied after half-time and secured victory through brilliant goals from Yaya Toure and Samir Nasri, before Jesus Navas settled things late on.

Here’s how the City players rated.

As the chosen cup goalkeeper the Romanian started ahead of Joe Hart and whilst could do nothing about Borini’s goal, could have been more assured between the sticks.

The reliable Argentine gave another good performance at right-back, being solid at the back when required but also bombing forward to support the attack.

Not the best game for the captain who is usually so brilliant and City’s defence was a lot more shaky than the one goal conceded suggests. 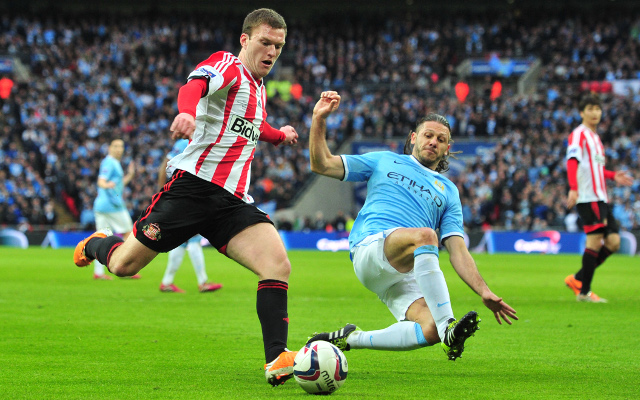 The Black Cats had clearly picked the Argentinian out as the weak link and rightly so, as the defender was left for dead when Borini scored and seemed to be a burden on Kompany.

A new left-back could be one of the first ports of call for Manuel Pellegrini this summer, as neither Kolarov or Gael Clichy have really impressed this term and the Serb was poor in this clash and was tied in knots by Adam Johnson.