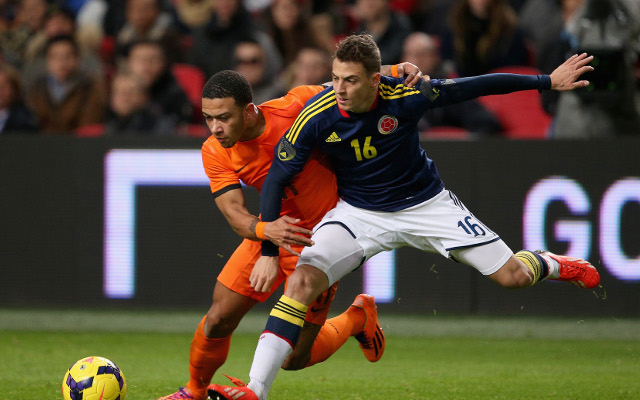 Premier League champions Manchester United are interested in signing £8m-rated PSV Eindhoven right-back Santiago Arias at the end of the season, according to exclusive reports in the Daily Star on Sunday.

The Red Devils have made the purchase of a new right back one of their top priorities for the end of the campaign, with new United head coach David Moyes understood to have lost confidence in Brazil international Rafael da Silva of late.

However, initially the Scot wanted to return to his former club Everton this summer to land the Toffees’ Republic of Ireland international Seamus Coleman after the hugely impressive campaign that the attacking right back has so far enjoyed at Goodison Park.

But is is now believed that Moyes has since changed his mind due to the prohibitive cost that the Irishman is likely to cost the Premier League giants.

And as a result, United will instead now try and lure PSV’s Colombia international to Old Trafford next season, with the 22-year-old having caught the eye in the Eredivisie of late.

In fact, United have sent scouts over to Eindhoven of numerous occasions so far this season to run their eye over the defender, and now they hope to tie up a deal for the player this summer.