How the Spurs stars rated at White Hart Lane.

After slumping to a disappointing 1-0 defeat to Norwich City last weekend, Tottenham Hotspur were back to winning ways in the Premier League with a 1-0 victory over Cardiff City.

Roberto Soldado netted a rare effort to clinch all three points and leave Spurs with an outside chance of making the Champions League places.

Here’s how the Tottenham stars rated at White Hart Lane.

Had very little to deal with apart from being beaten by former team-mate Steven Caulker, but the centre-back’s header clattered off the bar.

Has become something of a disappointment in north London but this display goes to show that if the defender is played at right-back he can do a decent job.

A strong performance from the captain who dominated at the back and even ventured forward a few times. 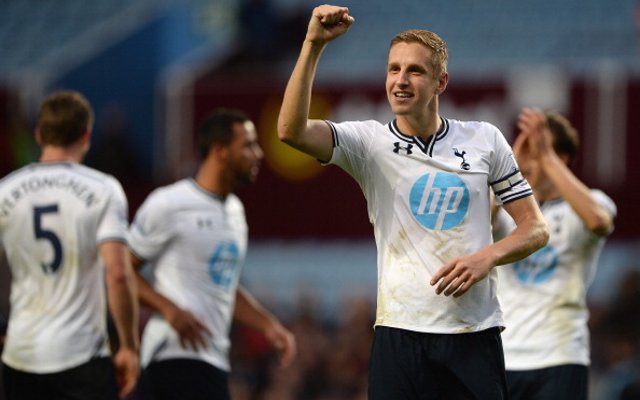 Like the skipper the Belgian was in great form, winning all of his aerial duels and playing some nice, neat passes.

Another fine game for the left-back who is showing that when required can fill in for Danny Rose, although could come unstuck against better opposition.