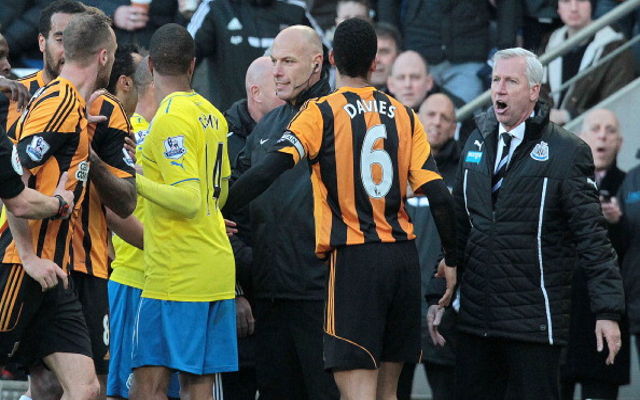 Newcastle boss Alan Pardew says he will spend more time sitting down and less time on the touchline after being sent off for head-butting Hull City’s David Meyler in the Toon’s 4-1 win at the KC Stadium.

Pardew and Meyler came together after a scrap over a loose ball on the touchline and the the Magpies boss was quickly sent to stands after the coming together, which also resulted in a yellow card for Meyler.

FA chief Greg Dyke has already confirmed the governing body will investigate the incident, which is likely to leave Pardew facing a ban and hefty fine.

The former West Ham and Southampton boss seemed relaxed though when questioned after the game and stressed it was the shame the altercation took the shine off an impressive performance from his team.