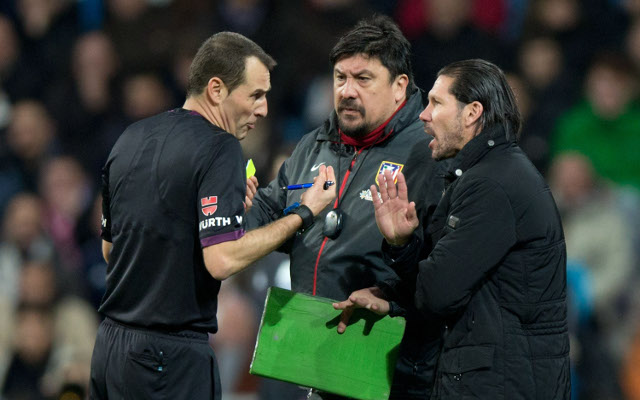 Burgos was not at all happy with the official.

The Madrid derby between Atletico Madrid and Real Madrid threatened to boil over at the Vicente Calderon Stadium, but unusually not because of the players.

After booking Diego Costa, Atleti assistant German Burgos was so incensed with referee Carlos Delgado Ferreiro that the Argentine had to be stopped by head coach Diego Simeone from confronting the official.

Watch the action below: