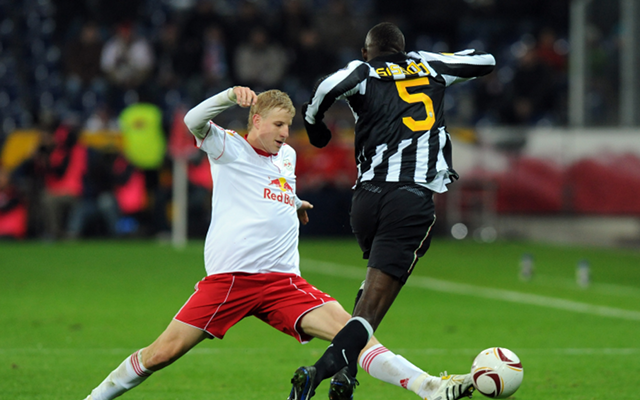 Gunners face a fight though to land the player.

Premier League giants Arsenal have been told that in-demand Red Bull Salzburg defender Martin Hinteregger is currently being valued at around the £8m mark by the Austrian champions, according to reports on Inside Futbol.

The highly rated Austria international has been closely monitored by a whole host of big-name clubs from across the Continent of late after a string of fine displays at the back for his club in the Uefa Europa League so far this season.

So much so that the likes of Premier League champions Manchester United, Serie A giants Lazio and the north London club have all sent scouts over to Austria of late to run their eye over the 21-year-old.

However, the player’s agent, Frank Schreirer, has now warned the Gunners that his client’s employers will be seeking a fee of at least £8m for the Austrian.

“There are so many interested clubs that have asked me about the boy, but then again, there is nothing official,” Frank Schreirer told  Lalaziosiamonoi.

“I think Salzburg will ask for not less than €10m and I think that currently they do not have any intention of selling him.

“Given the interest of Manchester United, the player has a future to be written in Serie A or the Premier League.”