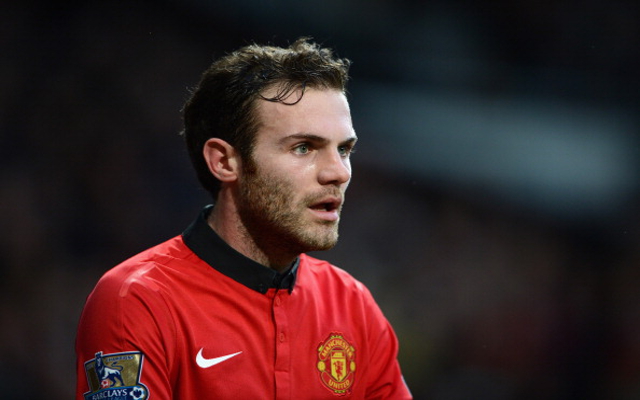 New £37.1m midfielder Juan Mata has sent a vote of confidence out to Manchester United and claims the club will challenge for the Premier League title next season.

Mata arrived at Old Trafford from Chelsea in the January transfer window as a club record signing, as David Moyes looked to save a disappointing first campaign in charge.

Unfortunately the Spain international hasn’t been the catalyst the Scot was hoping for and the reigning English champions are off the pace in the league and now Champions League – following a 2-0 first-leg last-16 defeat to Olympiakos.

Whilst Mata is realistic enough to realise that the team won’t be competing for the title this year, the attacking midfielder does think it will be a different story in 12 months time.

“I think Man Utd is always going to be fighting for every title,” the 25-year-old was quoted by Sky Sports.

“This season in the Premier League we were not winning that well earlier in the season, but I think next year and the years coming this team is going to fight for every title.

Since arriving at United Mata has played five times in all competitions and has already provided three assists, but hasn’t managed to get them back to winning ways.

Since the playmaker arrived on January 25 Moyes’ side have won just two of their six matches, which has included disappointing defeats to Stoke City and Olympiakos, as well as a draw at home to bottom-placed Fulham.