Strikers Torres, Eto’o and Ba all rated and ranked poorly…

Has been injured for virtually the entirety of the season, and made only two short cameo appearances for the Blues early on.

Hans’t had enough time or chances to make an impact since arriving from FC Basel in January. 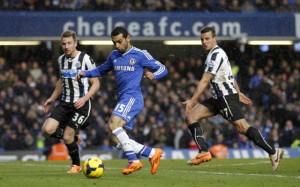