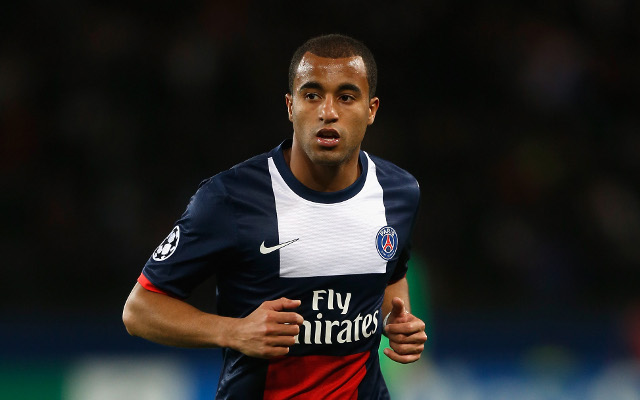 Paris Saint-Germain flyer Lucas Moura should be a great wildcard option at the 2014 FIFA World Cup for Brazil, and this brilliant dribble against Olympique Marseille at Parc des Princes shows why.

It is fair to say that Paris Saint-Germain’s Brazilian winger Lucas Moura has not yet fully lived up to his potential at Parc des Princes, but displays like his impressive performance against Olympique Marseille in Le Classique give hope that he could well come close to matching his own hype.

The €44.3 million (approximately £35.7 million) transfer in January 2013 spent on bringing Lucas to the French capital after a bidding war with Manchester United staggered the then Old Trafford boss Sir Alex Ferguson, who stated to ESPN in summer 2012: “When somebody’s paying €45 million for a 19-year-old boy you have to say the game’s gone mad.”

However, if the now 21 year-old Lucas can prove a success with PSG, he will more than justify the large outlay spent on his acquisition, and his dribbling marks him out as one of the most exciting young players in the game.

Watch the video below as Lucas Moura surges from his own half into the Olympique Marseille penalty area with pace, poise and skill, and only a brilliant goal-line clearance from Rod Fanni preventing him from claiming an absolute wonder goal.