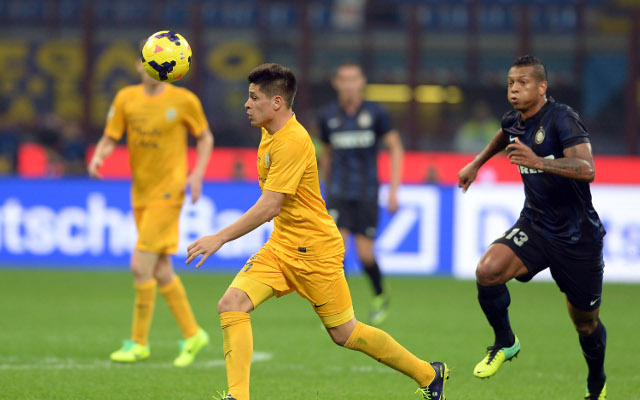 London’s finest to compete with Liverpool for Argentine winger…

The 20-year-old flyer is currently on loan at Serie A club Verona, where he is enjoying a mightily impressive season.

Playing from the right and cutting in on his mercurial left foot, Iturbe has scored five goals in the Italian top flight, and created two more for teammates. Hi style and small frame have even drawn comparisons to Lionel Messi, and the attention of the three English giants.

Verona want to keep Iturbe on loan for another season, but Porto would prefer to cash in on the youngster while he’s in such good form.

Chelsea have already beaten Liverpool to the likes of Willian and Mohamed Salah, and Reds fans will be loathe to see their financially better equipped rivals sign another attacker from under their noses.

The Reds currently only have Raheem Sterling as a natural wing option, so will be desperate to strengthen in the summer after this year’s impressive season. Chelsea have a much stronger squad, but are constantly looking to improve. Arsenal have numbers out wide, but with Theo Walcott proving to be injury prone, Lukas Podolski out of form and Serge Gnabry and Alex Oxlade-Chamberlain still very young, further additions could be necessary.