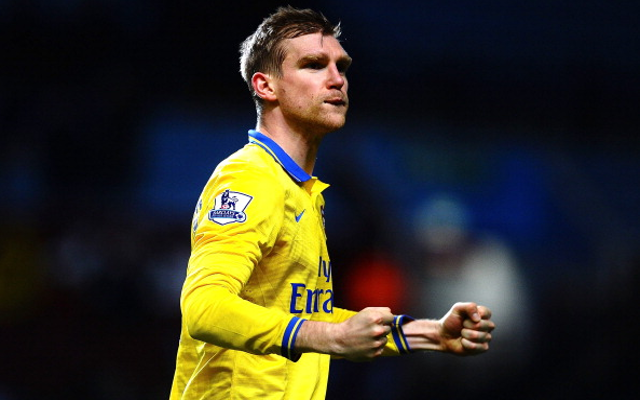 The giant German has been a life long Gunners addict!

Following the news that towering German centre-half Per Mertesacker has signed an extension to his Arsenal contract, the 29-year-old tweeted a picture of himself as a young boy in a Gunners strip!

He was still pretty tall back then…

As a young boy and now-very proud to be a gunner! Thanks fans for your support. Happy to have extended with @Arsenal pic.twitter.com/rsT92OM8kU