Shelvey made two of these mistakes (both of which led to goals) in a frantic match against his former club Liverpool earlier in the season! Since then, he’s been one of Swansea’s better players, impressing with his array of long passes. 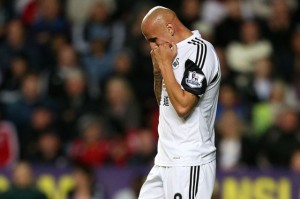