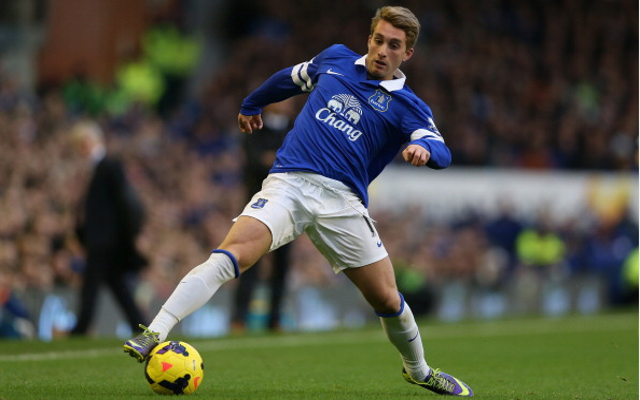 Spaniard has been a revelation at Goodison Park this season.

On-loan Everton forward Gerard Deulofeu says that he intends to return to his parent FC Barcelona at the end of the season and fight for a place in the La Liga champions’ starting lineup, according to reports in the Daily Mail.

The Spain Under-21 international moved to the Merseysiders from the Catalan giants at the start of this campaign on a season-long loan deal.

And so far, the 19-year-old has performed admirably for the high-flying Toffees, with Deulofeu having managed to register three goals and two assists in total in his 18 appearances for Roberto Martinez’s side, including two strikes and one assist in his 15 Premier League outings for the club.

However, the young Spaniard says that he aims to return to Camp Nou at the end of the campaign in order to try and win a starting berth in the Barca first team.

“I am working hard with the aim of returning to Barca next season,” Deulofeu told Catalunya Radio. “I want to earn a place in Barca’s attacking line.

“Perhaps there was a lack of confidence in me (at Barcelona), but that is normal as I was young and it’s difficult to find coaches that trust young players.”