Porto loanee Walter, who has a BMI that classifies him as obese, is being considered by Brazil. 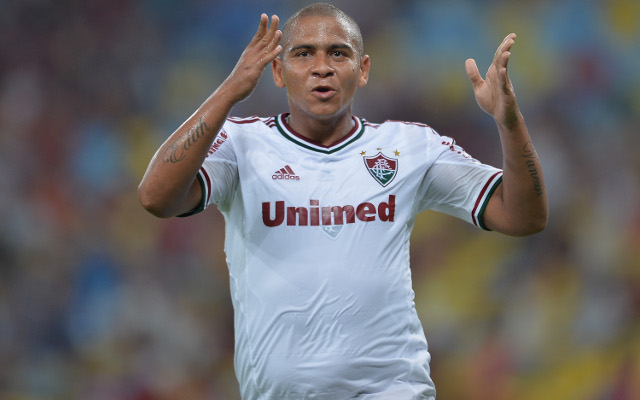 Diego Costa’s defection to Spain has left Brazil so short of strikers they are considering calling up Walter of Fluminense, a player so fat his BMI classifies him as obese!

The Guardian says Brazil boss Luis Felipe Scolari is desperate to relieve some of the goal-scoring pressure from Neymar’s shoulders but, with Fred struggling with injuries and Luis Fabiano and Alexandre Pato both disappointing since returning to their homeland, the former Chelsea head-coach is short of options up front.

One solution could be Porto’s Walter, who joined Fluminense a month ago and has already scored three times for his new club, outperforming Fred.

The 24-year-old scored a goal every other game during a loan spell at Serie A Goias last season – impressive, given his considerable weight!