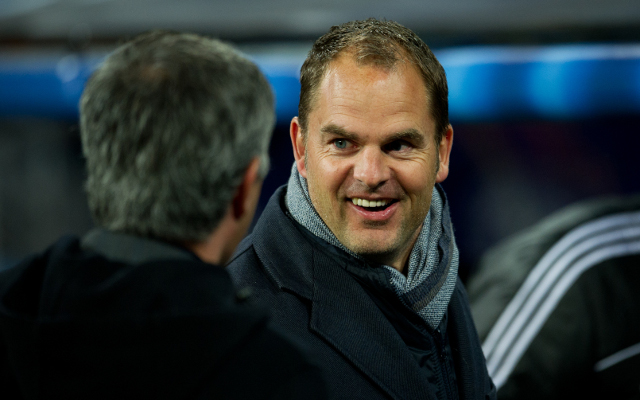 Netherlands legend Ronald de Boer has revealed that his brother Frank – manager of Ajax – has rejected approaches from both Liverpool and Tottenham Hotspur.

The Dutchman has been impressing at the Amsterdam ArenA since taking over as head coach in 2010 and has won three successive Eredivisie titles since then and is currently on course for a fourth.

De Boer was linked with the vacant position at Anfield before Brendan Rodgers took charge in 2012 and was pursued again by a Premier League club after Spurs sacked Andre Villas-Boas in December 2013.

“Tottenham wanted to take him in January, but Frank said no.

“He also said no to Liverpool last year. He thought he was still not ready and wanted to learn more.

This suggestion that the Ajax boss is now ready for a move to England makes White Hart Lane look like the ideal destination for the 43-year-old, with question marks still remaining over the tenure of current manager Tim Sherwood.

The Englishman was appointed after the axing of AVB and despite improved form from Tottenham and the 44-year-old being given a contract until the end of next season, there’s reason to suggest chairman Daniel Levy would prefer de Boer.

Of course there is no chance of a change in management for the Reds as under Rodgers the Merseyside club have looked like qualifying for the Champions League for the first time since 2009 and are currently second in the table after 28 matches.