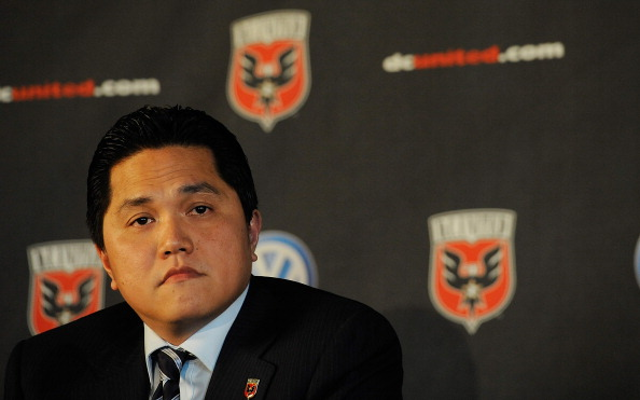 Thohir keen to lower the average age of the squad.

Inter Milan owner Erick Thohir has promised the club’s supporters that he will continue to strengthen the squad and will build on the signings of Hernanes and Nemanja Vidic.

The Nerazzurri announced this week that the Manchester United defender would be joining them this summer, while Hernanes was signed from Serie A rivals Lazio in the January transfer window.

However, speaking to reporters as he arrived at Malpensa airport on Thursday morning, Thohir insists that the spending will  not stop while he also outlined his plans for the future of the squad.

“We’re building a team for the next few years. With Hernanes I think we have leadership in the middle. With Vidic we have a leader in the defence,” began Thohir to reporters, according to Football Italia.

However, the signings have attracted criticism from some sections of the media after it appeared to be a move away from the directive of lowering the average age of the squad and keeping the wage bill under control.

Thohir believes that they will be able to achieve those objectives in the summer as he looks to strengthen the squad further, while he also revealed that he has not held discussions with any other coaches given that he has full confidence in current boss Walter Mazzarri.

“We might add a few players for next season. I think we need to create stability in the team but I think by next season the average age of the team will be 26.5 years old,” he added.

Inter are currently in fifth position in Serie A but have struggled since the turn of the year, and as a result they look unlikely to secure a Champions League place and will have to settle for a spot in the Europa League instead if they can hold off pressure from their rivals immediately below them in the standings.

While Hernanes and Vidic add quality and experience to the squad, there are still question marks over the futures of Rodrigo Palacio and Fredy Guarin, with both stars linked with signing new deals with the club.

Thohir was keen to avoid answering questions over their contract situations, but it is expected that both will remain at San Siro and will likely be joined by more new faces in time for pre-season training in the summer.