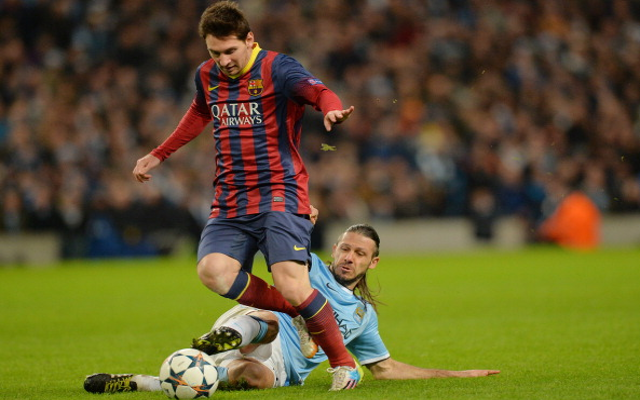 The Etihad Stadium club are reportedly willing to hand the Argentine superstar a contract worth €25m per season.

PSG are also said to be interested in the forward, who is widely regarded as the best player on the planet and has won the Ballon d’Or four times.

El Confidential claims president Sandro Rosell’s departure and the uncertain future of boss Tata Martino have left Messi unsettled at the Nou Camp, while the 26-year-old has also faced criticism from his teammates who feel he is not working for the team at present.

If Messi were to complete a move to Manchester, it would comfortably be the biggest transfer of all-time ahead of Gareth Bale’s move from Tottenham to Real Madrid for £85m last summer.

Messi scored against City when the clubs met in the Champions League last-16 first leg earlier this month and Manuel Pellegrini’s side will again be tasked with containing the Argentine and his teammates when they travel to the Nou Camp next week, trailing 2-0 on aggregate.