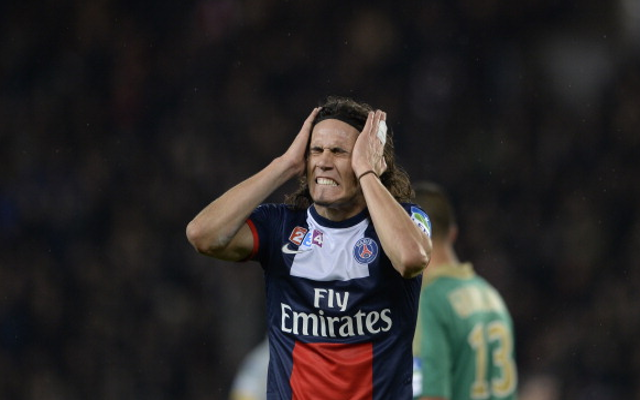 Uruguay attacker has a contract at the Parc des Princes until June 2018.

Long-running Manchester United and Chelsea striking target Edinson Cavani has been warned that it would be “a bad idea” for him to quit his current club Paris Saint-Germain and move to the Premier League next season, according to reports in the Daily Mirror.

The Uruguay international only moved to the mega-rich Ligue 1 champions at the beginning of this season, with the prolific striker joining the Parisians in a deal worth a whopping 64m euros.

However, rumours have been rife that Cavani not happy with life in the French capital and wants to move to the Premier League this summrr.

However, former Uruguay international and the current coach of  French club Nancy, Pablo Correa, says his compatriot should stay in France.

“It would be a bad idea for him to go,” Correa told L’Equipe.

“I’m hearing it said that he’s unhappy at PSG, but Cavani doesn’t have an arrogant or egocentric personality like some big stars. The proof is that he’s very quickly adapted to Laurent Blanc’s system.

“That debate doesn’t exist in Uruguay for the simple and good reason that Ligue 1 isn’t broadcast there, unlike the Premier League or La Liga.

“On the other hand, people are interested in PSG and know that the club has the ability to become a huge team in Europe.”