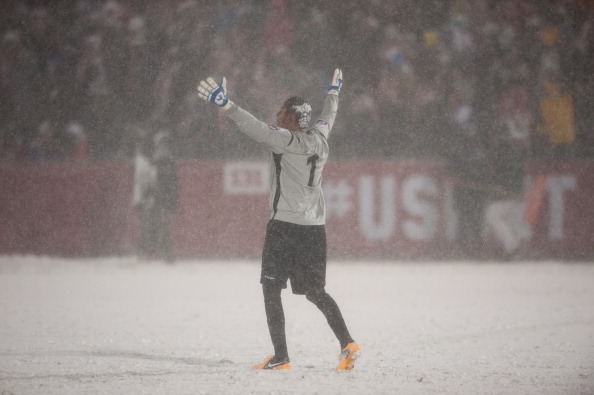 Reds have been tracking the Central American star for some time now.

Serie A giants AC Milan have now joined the race to sign in-demand Levante goalkeeper Keylor Navas next season, according to reports in talkSPORT.co.uk.

The Costa Roca international, who will be on display for the Central American minnows at this summer’s Fifa World Cup finals in Brazil, has been one of the best shot stoppers so far this season in La Liga.

So much so that it is understood that both Premier League sides Liverpool and Everton are interested in signing the 27-year-old come the end of the campaign.

However, the Merseyside duo are not the only sides keen on the Costa Rican though, with La Liga teams Sevilla and Atletico de Madrid also known to be desperate to land Navas this summer too.

And now it is believed that the Rossoneri are also set to join the race for the keeper, who is contracted to the La Liga minnows until June 30 2015, with recently appointed Milan head coach Clarence Seedorf known to be on the look out at present for a new No 1 at San Siro next season after the Dutchman lost faith with current custodian Christian Abbiati.