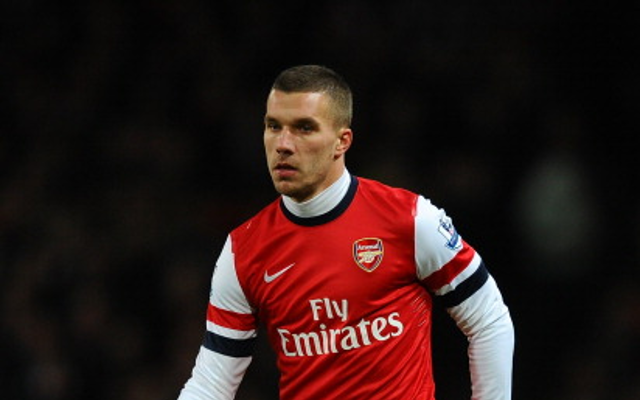 German could leave the Emirates Stadium this summer.

Lukas Podolski’s agent says the German would be interested in joining Inter Milan.

The 28-year-old has made just five Premier League starts this season and has consistently struggled to hold down a regular first team spot since arriving from Cologne in an £11m deal two years ago.

Inter’s wealthy owner Erick Thorir is reportedly keen to sign the forward this summer, having already secured a deal for Manchester United captain Nemanja Vidic, who will arrive in Italy at the end of the current campaign.

And Podolskis agent, Nassim Touihri, has added fuel to the fire by confirming his client is interested in a move to the San Siro.

“At the moment we do not know what will happen in the future,” Touihri is quoted as saying by The Metro.

“Inter an interesting club that wants to invest as it has recently also signed Vidic.”

Touihri also hinted that Podolski could return to hometown club Cologne, who are currently in the German second division, at some point in the future.

He added: “Cologne is his heart and his passion. But at the moment it is too early to say where Podolski will play.”